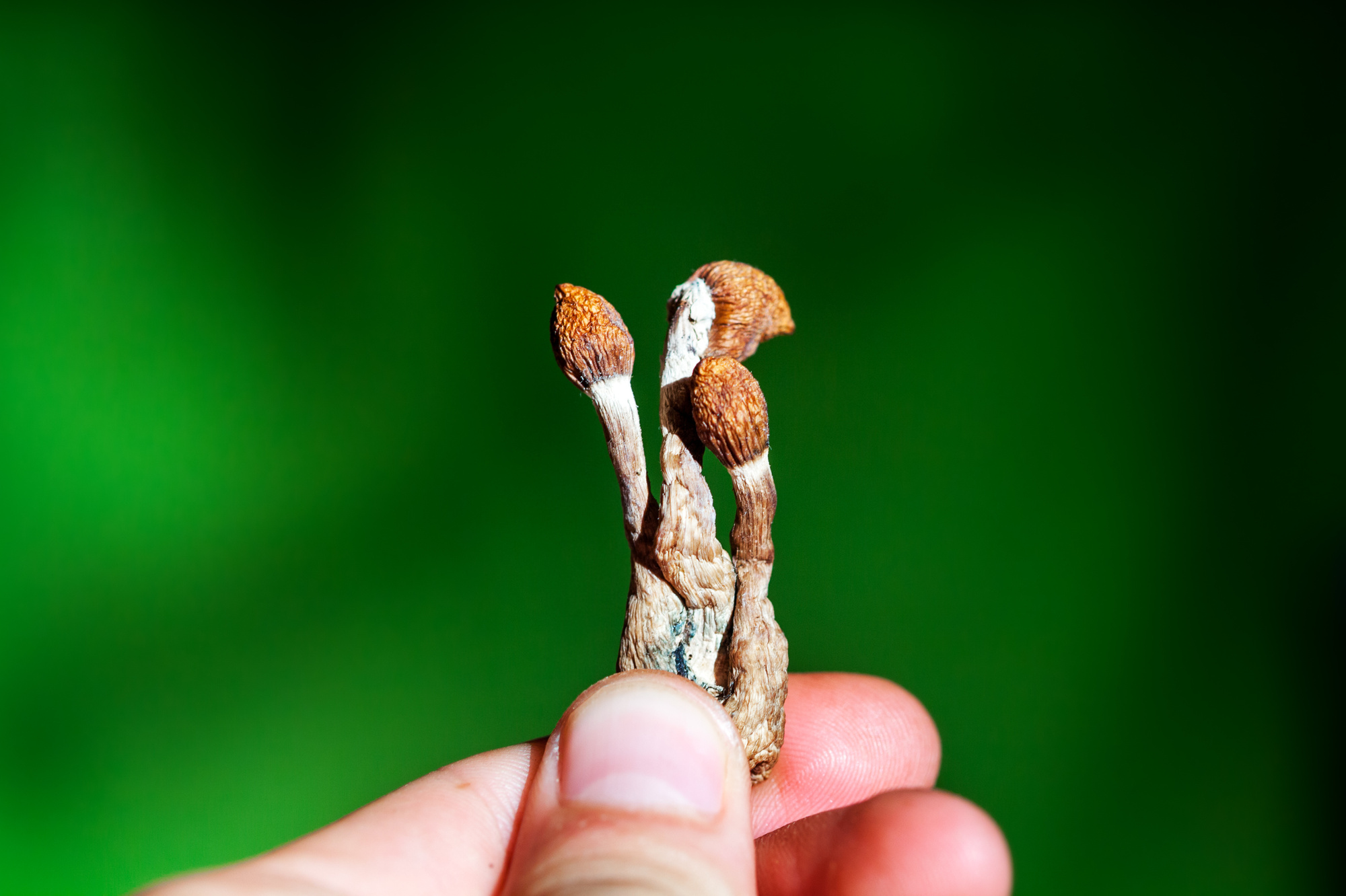 It’s hard to know what someone means when they say they’re “microdosing” something. We’ve all had a friend or two proclaim the wonderful benefits of their microdosing journey. That said, what in the world is microdosing, and can we come up with a consensus for a definition? How much are you supposed to take when you’re microdosing psychedelics?

All of these questions get in the way of something that can be truly beneficial. We’re going to talk about how to microdose psychedelics today, exploring the benefits and strategies that people have had success with.

We hope the ideas below serve as a useful reference if you happen to be exploring the idea of microdosing for yourself.

Microdosing Psychedelics: What Does It Mean?

When someone is “microdosing,” they’re ingesting very small amounts of a psychoactive substance on a regular basis. Most of the time, they’re taking this medicine each day.

The amount of the psychoactive substance and the purpose of use can vary a great deal, however. Some people might say they’re microdosing when they’re really taking enough of a substance to produce significant effects.

You’ll experience effects some of the time, especially at first. For example, microdosing psilocybin might change your sensitivity to light for a period of time. That said, these effects shouldn’t be anything close to those of a standard dosage of psilocybin.

Taking the same dosage day after day is thought to produce some general effects in your life, rather than serving as a temporary mood enhancer. It’s similar to the idea of SSRIs.

If you’re taking medication for depression (SSRIs or SSNIs, in most cases), the effects don’t come right away. You need to give the drug a few weeks to integrate with your system, altering the production of dopamine or norepinephrine in your body.

Microdosing can be approached in this way as well.

How Much Is Enough?

Anyone who gives you a specific dosage and swears by it might not be the most reliable source. This is because everyone’s body is different. Your sensitivity to psychedelics is key.

The idea is to take an amount that falls below your threshold of perception. In other words, you should not be able to feel the effects of the psychedelic. Before you set yourself a dose, it’s wise to experiment with small dosages over the course of a few weeks.

Generally speaking, the range for psilocybin mushrooms is somewhere between 0.1 and 0.4 grams. A full-scale psilocybin experience is typically around 3 grams of mushroom.

DO NOT use the same weight if you’re microdosing with other substances. 0.4 grams of LSD or DMT will produce much stronger effects. Those substances are also difficult to regulate because there isn’t as much research or approval.

Psilocybin is certainly one of the more reliable options that people have had positive experiences with.

“If the dosage isn’t enough for you to experience, what is the point of taking the substance?”

The benefitcomes over time. In effect, the psilocybin turns into what’s called a “nootropic.” This is a substance that’s used as a supplement to improve different functions of the brain. Many people use nootropics to try and increase focus, for example.

What about psilocybin and psychedelics as nootropics, specifically, though?

There are numerous scientific studies that cite the value of macrodosing psychedelic mushrooms in efforts to treat mental illness and anxiety disorders.

The challenge is that there isn’t much scientific evidence behind the idea of microdosing psychedelic mushrooms. This isn’t to say that it isn’t effective, only that the scientific community hasn’t taken much interest in it.

As a result, it’s difficult to give a clear answer as to what will happen if you do it. Further, it’s tough to give specific advice on dosage, dosage intervals, and more. That said, there are a few things that people generally report when they’re going through a microdosing period.

How Does Microdosing Work?

How can a person microdose effectively?

It’s really simple. All you need to do is have the substance, a scale, and a little determination. Try to measure out your daily dosages in advance, ensuring that all of them are the same size.

Again, you need to do a little exploring as you try to figure out the perfect dose for you. Be sure to find a dose that’s sub-perceptual and doesn’t cause any noticeable effects. If you’re interested in taking enough to experience effects each day, that’s not “microdosing,” technically speaking.

Then, simply take your dose in the morning. That’s all you have to do to get started!

Do your best to keep tabs on the effect of your microdosing. By that, we mean jotting things down in a little journal, week-by-week.

Maybe keep daily tabs of your mood, your thoughts, your creativity, energy, and more. Focus on the areas of yourself that drove you to start microdosing in the first place, and follow one or two metrics that could indicate progress.

For example, maybe you started to microdose because you were feeling extra anxious at work. When you start microdosing, rate your anxiety on a scale from 1 to 100 each day.

Compile your data into a little graph or chart and see how things change over time. Account for other things in your life that could be causing or easing that anxiety as well. If you do this with one or two data points, you should be able to confidently say whether the microdosing has helped.

Don’t Get Caught Up With Placebo

The placebo effect is what happens when we know we’re taking something for a particular purpose, so our body creates the desired response on its own.

With microdosing, you might have hundreds of different purposes that you think the dose will serve. That could cause your brain and body to work their magic and produce different results. These results wouldn’t be specifically from the mushrooms, although they wouldn’t happen if you didn’t take them.

People often use the placebo effect as an argument against things without scientific research.

Our question is, why should that matter? If you’re taking medication and experiencing benefits from it, that’s a good thing. So, if you’re finding that you’re benefiting a great deal from microdosing, try not to pick away at whether or not the effects are placebo.

Microdosing psychedelics doesn’t need to happen with just psilocybin. You can explore LSD, DMT, peyote, and more. The important thing is that you’re doing this in a responsible way.

With all of these, keep in mind that legal statuses vary, there are seldom ways to receive the same quality of substance, and, as a result, you put yourself in the way of various risks.

In most cases, variability in quality reduces the reliability of your experience. For example, one type of LSD might be twice as potent as another, making it difficult for you to safely incorporate the substance into your lifestyle.

The best way to go about microdosing and learning how to incorporate it is by learning from the authorities on the subject. Our site has some good guides, filled with personal experiences and various resources to help you learn more.

Bottom Line: Should You Try It?

If you’re considering microdosing as a way to enact a change in your life, it’s certainly something worth trying. That said, it’s important that you’re doing so in a careful way!

The spooky propaganda about psychedelic substances is almost entirely false. When used responsibly, these substances can be drivers of deep personal change and spiritual growth.

That said, certain variables can make massive differences. Depending on who you are and your sensitivity to these substances, you might not be in the right place to start exploring. Further, there’s truly something to the old “set and setting” idea.

The idea is that your mindset and the setting you’re in are the two most important pieces of any psychedelic experience. For (an extreme) example, you would have a much better time enjoying psilocybin on a placid hillside than you would in a room next door to a couple screaming at each other.

Microdosing doesn’t produce the intense experiences worth fretting over, but you still have to identify the proper dosage for yourself and go through a sort of experimental process.

The point is, do your research! Set yourself up for success, and you have a real chance of using these substances to find some personal growth.

Want to Learn More About Psychedelics?

We hope our look at microdosing psychedelics was useful to you. There’s a lot more to learn about how to microdose psychedelics, though. We’re here to help.

Explore our site for more ideas on psilocybin, ketamine, psychedelic experiences, microdosing, and much more.