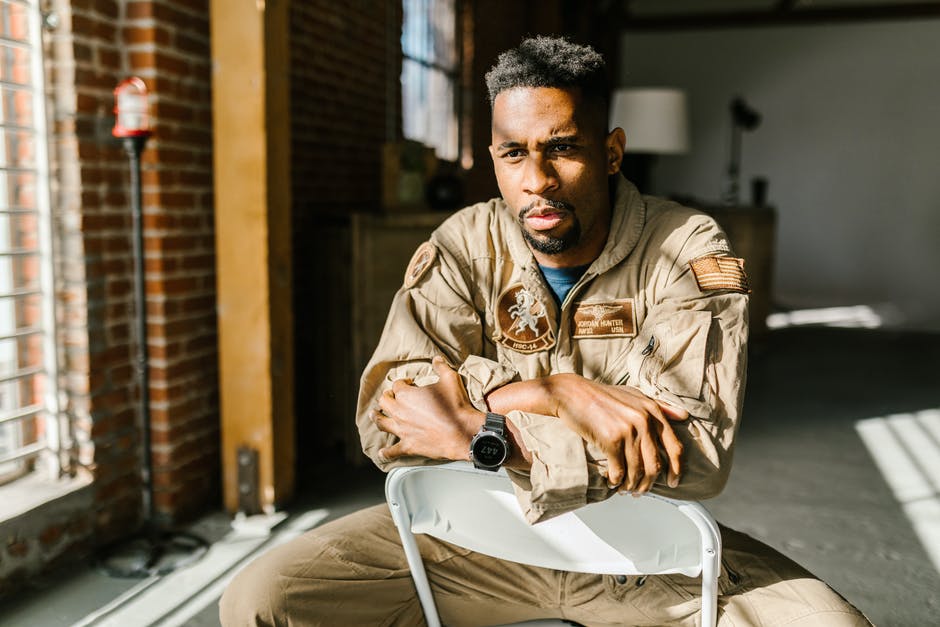 In one small study of veterans with PTSD, more than 80% of participants reported reduced symptoms after treatment with psilocybin.

What a game-changing treatment! Not only did they report reduced symptoms, but they were all long-lasting. 67% of participants were still experiencing reduced symptoms after a year.

Promising findings like these have led to a wave of excitement among wellness and healthcare lovers alike. For years, magic mushrooms” have been associated with positive outcomes like enhanced creativity, self-discovery, and personal growth.

Now, researchers are studying this natural compound for its potential to treat much more serious conditions. Yep, we’re talking about post-traumatic stress disorder. Here’s what to know about it all and how you can use it to treat PTSD.

What Is PTSD and How Does It Develop?

There are a lot of misconceptions about what PTSD is and how it develops.

First of all, PTSD isn’t something that affects soldiers. It can happen to anyone who has experienced a traumatic event.

In fact, researchers estimate that 6% of the US population will have PTSD at some point in their lives. In Canada, that number is even higher. About 8% of adults in Canada actually currently meet the criteria for probable post-traumatic stress disorder.

So what is PTSD, and how does it develop?

PTSD stands for post-traumatic stress disorder. It’s a mental health condition that can develop after someone has been through a traumatic event.

This can include things like being in a car accident, surviving a natural disaster, or witnessing a violent crime. For some people, these events can trigger symptoms like flashbacks, nightmares, and severe anxiety. These symptoms can make it hard to go about your everyday life.

PTSD doesn’t happen to people who have been through something horrific, though.

It can also happen to people who have been through more “ordinary” traumas, like relationship breakups or the death of a loved one. The key is that the event was traumatic for you.

While not everyone who goes through a traumatic event will develop PTSD, it is quite common in today’s wild world.

Okay, so if PTSD affects so many people around the world then what are the current options when it comes to PTSD medication?

Antidepressants are the most common type of PTSD medication. They can be effective in managing symptoms of depression and anxiety.

Anti-anxiety medications can also be helpful in reducing anxiety and promoting relaxation. Antipsychotics, however, are for more severe cases of PTSD. They’re able to help reduce intrusive thoughts and hallucinations.

While no PTSD medication is perfect, there are several options available. All can provide relief from symptoms and help people to lead healthier lives.

However, none of them treat the root trauma that caused the PTSD in the first place. Masking the problem doesn’t make it go away. And that’s where magic mushrooms come into play.

Psilocybin and PTSD: What to Know About Microdosing Magic Mushrooms for PTSD Treatment

Microdosing magic mushrooms (again, AKA psilocybin) as a treatment for PTSD is becoming increasingly popular.

What’s microdosing? It involves taking small doses of psychedelic drugs, such as LSD or psilocybin, in order to experience their benefits without the hallucinations or other intense effects.

As we’ve established, psychedelics have been shown to be effective in treating a variety of mental health conditions, including PTSD. A single microdose of psychedelics can help to reduce symptoms of PTSD, such as flashbacks, nightmares, and anxiety.

Microdosing can also help to improve mood, sleep, and concentration. If you’re considering microdosing magic mushrooms as a treatment for PTSD, there are a few things you should know.

First, make sure you’re working with a qualified specialist who has experience treating PTSD with psychedelics. Finding the right psychedelic therapy for you might require some research and a few consultations.

However, it definitely pays to work with a specialist who can:

Really, it’s a lot like regular therapy, just with some magic mushrooms thrown into a controlled setting. Speaking of magic mushrooms and control, we suggest that you start with a low dose and increase gradually until you find the dose that works best for you.

Finally, be sure to take breaks from microdosing every few weeks to avoid tolerance buildup. With the right approach, microdosing magic mushrooms can be an effective treatment for PTSD.

How Psilocybin Can Be Used to Treat PTSD

This groundbreaking treatment sounds great, but just what happens in the brain when you use psilocybin to treat PTSD?

When you use psilocybin to treat PTSD, what’s happening in the brain is that it is affecting the serotonin receptors. Serotonin is a neurotransmitter that’s involved in regulating mood.

Scientists believe that psilocybin can help to reduce symptoms of PTSD by inhibiting the reuptake of serotonin. This helps to increase levels of serotonin in the brain, which can have an antidepressant effect.

In addition, psilocybin can also help to reduce anxiety and fear. It does this by reducing activity in the amygdala. The amygdala is the part of the brain that’s responsible for the processing of emotions like fear and anxiety.

And finally, psilocybin also increases activity in the hippocampus, the part of the brain that helps to regulate emotions. This suggests that psilocybin may help to improve emotional processing in patients with PTSD.

The results of these types of studies are still somewhat preliminary, especially given the decades of research behind other PTSD medicine. However, they offer hope that psilocybin may one day be used to effectively treat PTSD.

The Potential Risks Associated With Psilocybin Treatment for PTSD

What happens when you combine psilocybin and PTSD? Are there risks?

While there is still a lot of research that needs to occur in the area of psilocybin treatment for PTSD, there are few potential risks associated with this type of therapy.

However, that doesn’t mean that there aren’t any. One of the main risks is that PTSD sufferers may have a bad reaction to the psilocybin, which could worsen their condition.

It is also possible that PTSD sufferers may experience flashbacks or hallucinations after taking psilocybin. Obviously, this could be distressing.

Outside of those risks, though, the main concern for most is that psilocybin could interact with other medications. This is true of any medication you take, though, from antidepressants to antibiotics.

While the potential risks are few and far between, there are still risks. This is the case for any psychological or physical treatment you undergo.

That’s why we suggest that you consult with a professional before considering psilocybin treatment for PTSD.

They’ll be able to guide you through what your options are and how you can best participate in magic mushroom therapy in a safe, controlled manner.

There’s tons of research going on right now regarding clinically-used magic mushrooms. The benefits abound. However, you can look at studies from years ago to get a good idea of the benefits of using magic mushrooms to treat PSTD.

Don’t believe us? A study done in 2016 showed that nearly 60% of participants no longer had PTSD after taking magic mushrooms.

How do these benefits work, though? What’s happening in the brain?

The main ingredient in magic mushrooms, psilocybin, works by reducing blood flow to the hippocampus. This area of the brain is responsible for processing and storing memories. In PTSD sufferers, the hippocampus is often hyperactive, which can lead to unwanted and intrusive memories.

However, by reducing blood flow to this area of the brain, psilocybin can help to quiet these memories and offer relief from PTSD symptoms.

In addition, psilocybin can also help to increase feelings of openness and connectedness. This can be beneficial for PTSD sufferers who often feel isolated and alone.

While more research is needed, the potential benefits of using magic mushrooms as a PTSD treatment are clear. From a medical standpoint, they’re also super promising.

Combine that with the fact that you can microdose magic mushrooms as needed and you’ve got the perfect combination of safe, effective therapy with relatively zero side effects.

Research points to one conclusion. Psilocybin and PTSD are quite the pair. Taking psilocybin in a controlled setting at the proper doses can help alleviate symptoms associated with PTSD.

However, psilocybin therapy isn’t your only option. There are other forms of psychedelic therapy out there that can help you, too. Finding the right therapy for you doesn’t have to be difficult either.

At Daytryp, our focus here is to serve clients searching for more mindful, expansive lives. This includes living PTSD-free.

Check out our microdoses available over at our shop or read about our ketamine therapy, as it’s another great option for those interested in treating PTSD with safe, natural medicine.