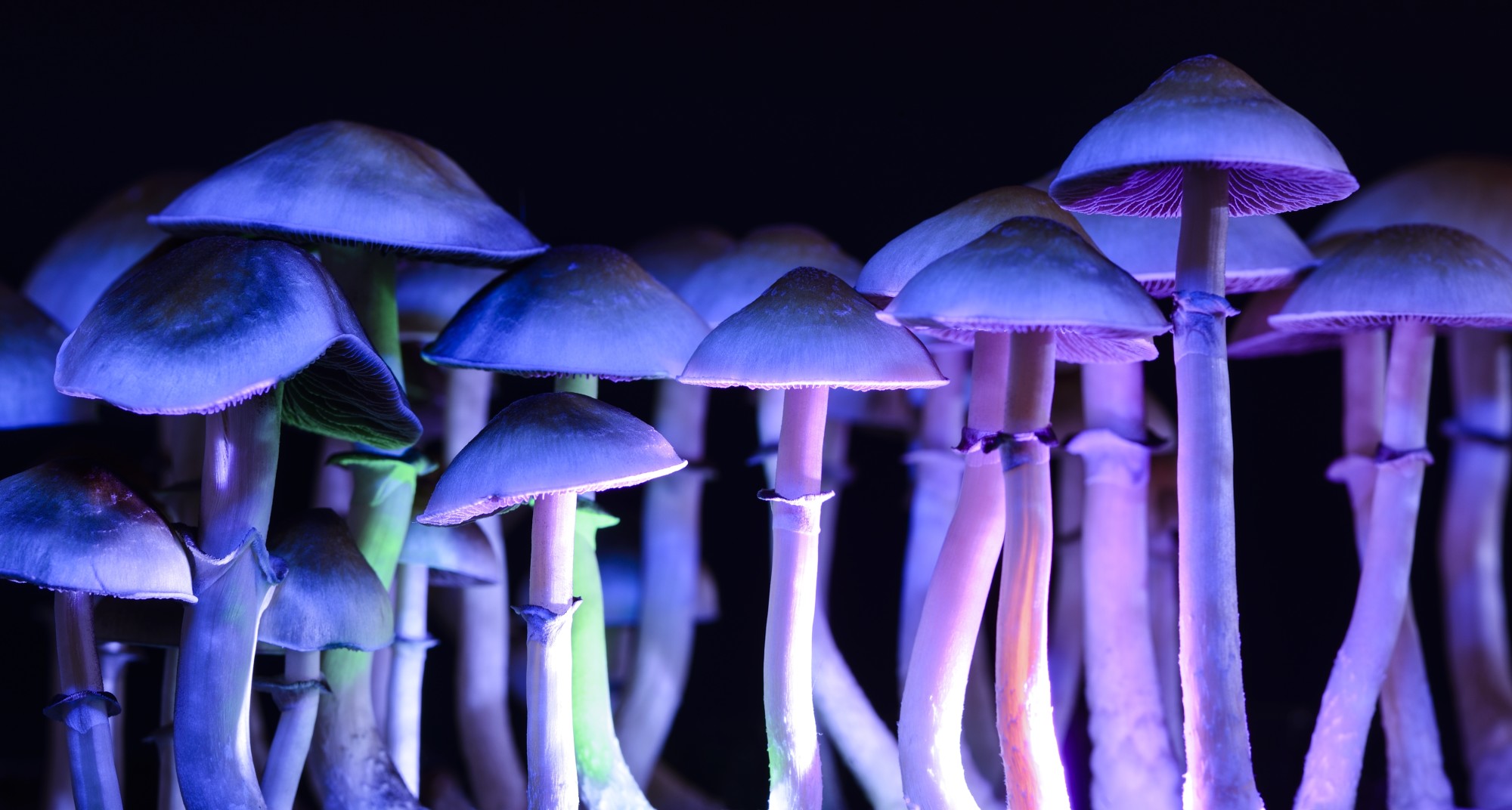 Have you heard a lot about the benefits of psilocybin lately? There’s been a lot of recent news about just how promising magic mushrooms can be in a controlled setting for treating a variety of health issues.

In fact, small clinical trials have shown promising results for psilocybin. For people suffering from an otherwise treatment-resistant major depressive disorder, it is especially effective. It can even lead to dramatic, long-lasting changes.

People have used psilocybin for centuries in spiritual rituals. Now, researchers are studying it for its therapeutic benefits. And boy are there numerous benefits. Here are some of the most prominent health benefits you can expect to enjoy from psilocybin.

Is Psilocybin the Same as Magic Mushrooms?

Let’s start off by answering the question likely on everybody’s mind. Is psilocybin the same as magic mushrooms? Are we suggesting that you take psychedelic mushrooms to cure mental and physical ailments?

Not quite! Psilocybin is the main ingredient in magic mushrooms, and these two terms are often used interchangeably. So, psilocybin does occur in certain types of mushrooms. However, you can also produce it synthetically in a laboratory.

Psilocybin has a long history of use in religious and spiritual ceremonies, and it has numerous therapeutic benefits.

Research suggests that psilocybin may be helpful in treating certain mental health disorders. This includes depression, anxiety, and addiction. However, more research is needed to confirm these potential effects.

Magic mushrooms are one of the most popular psychedelics, and they are often consumed for recreational purposes.

However, it’s important to understand that these mushrooms usually contain other psychoactive compounds, too. This means that they can produce powerful hallucinations.

Alternatively, when used in a therapeutic setting, magic mushrooms can be a safe and pleasant experience.

How Is Psilocybin Used Clinically?

So what happens when you take psilocybin in a clinical setting? Scientifically and physically, what’s going on?

First, psilocybin is metabolized into psilocin, which is then distributed throughout the body. Psilocin binds to serotonin receptors, which causes changes in perception, mood, and cognition.

Additionally, psilocin increases blood flow to the prefrontal cortex. This is the area that is responsible for higher-level thinking and processing of emotions.

Although we don’t understand the exact mechanisms (yet), most researchers believe that psilocybin can help to treat conditions like depression and anxiety. They believe it does this by resetting the brain circuitry that is responsible for these disorders.

In addition to the mental effects, psilocybin can also cause physiological changes. This includes increased heart rate and blood pressure. However, these effects are usually short-lived. More importantly, they don’t pose any serious health risks.

Overall, taking psilocybin in a clinical setting can have a variety of short-term effects on the mind and body. And for the most part, they’re all positive.

However, psilocybin-assisted therapy is typically conducted in a controlled clinical setting with the supervision of trained therapists. Why?

For the same reasons that most psychologists recommend therapy along with medicine. When putting any new compound into your body, it’s helpful to have a trained specialist help by your side. They can ensure that you’re able to make sense of what’s happening.

Considering psilocybin therapy? This is why it’s super important to choose a reputable clinician who can provide a safe and supportive environment.

The Health Benefits of Psilocybin

Okay, now that you know what actually happens when you take magic mushrooms (in a controlled setting!), it’s time to get into the health benefits of psilocybin.

First of all, it’s impressive just how much research there is now regarding the therapeutic benefits of psilocybin. Scientists have studied it for a wide range of mental health conditions. From depression and anxiety to addiction, they’ve seen great results across the board.

Some studies have also found that psilocybin can help to improve well-being and increase self-awareness. We’ve come quite a way since Timothy Leary and Richard Alpert started researching the effects of psilocybin in the early 1960s.

Here’s what we know about the psilocybin health benefits.

Did you know that a single dose of psilocybin can provide relief from symptoms for months? And there are very few side effects. In a recent study, patients took psilocybin. Later, they reported a significant reduction in symptoms of anxiety and depression.

The study’s lead author, Dr. Alan Davis, said that the results suggest that psilocybin could be an effective treatment for these conditions.

“Psilocybin appears to act as a ‘reset’ button for the brain circuits that are involved in these disorders. It may help to re-establish healthy functioning in these circuits,” he said.

How does that work? So far, scientists believe that psilocybin works by increasing levels of serotonin, a neurotransmitter related to mood regulation. The findings of this study suggest that psilocybin could be a valuable tool in the treatment of anxiety and depression.

Additionally, psychedelic mushrooms are non-addictive and have a low risk of overdose. They are also affordable and easy to obtain.

Some people might think of magic mushrooms as nothing more than a party drug. But the truth is that psilocybin can help improve creative thinking and problem-solving skills.

In one study, participants were given either a placebo or psilocybin. Then, they completed a series of tests designed to measure their creative thinking.

So how does psilocybin help improve creativity and problem-solving? One theory is that it helps break down “ego barriers” that prevent us from thinking outside the box.

Psilocybin can also help increase communication between different parts of the brain, which may account for its ability to improve our problem-solving skills. Whatever the mechanism, there’s no doubt that psilocybin can have some pretty incredible benefits for creativity.

The mushroom’s ability to increase creativity may be due to its effects on the default mode network, a network of brain regions that are active when we’re not focused on a specific task.

This network is responsible for self-reflection, daydreaming, and other “unproductive” activities that are actually essential for generating new ideas.

Psilocybin has a long history of use in traditional healing ceremonies. Why? Ancient cultures have long known about its ability to induce altered states of consciousness. This includes feelings of euphoria, pleasure, and self-awareness.

The results come after a groundbreaking study conducted by scientists at King’s College London. A team of researchers administered psilocybin to 24 participants. They were then asked to complete a series of tests.

These tests measured their levels of empathy and self-awareness. The results? They showed that those who had taken psilocybin were more likely to score higher on both measures.

Ultimately, these findings could have implications for the treatment of psychiatric disorders such as autism and schizophrenia, which are characterized by deficits in empathy and self-awareness.

Thinking this is all about mental health? Psychedelic mushroom therapy can not only help with severe mental health issues but also super common issues such as everyday stress.

In addition, psilocybin can also help to improve mood and cognitive functioning. The results of the study suggest that psilocybin could be an effective treatment for reducing stress levels in cancer patients.

However, it appears that all patients participating in psilocybin therapy could potentially benefit from the positive side effect of reduced stress.

Now, this is definitely a health benefit of psilocybin. However, this is perhaps the least researched effect on this list.

When consumed in high doses, psilocybin causes hallucinations and altered states of consciousness. When you microdose psilocybin, though, it can help to improve communication by promoting open and honest dialogue.

The reason why is pretty cool too. When we are self-aware and connected to others or feel empathetic towards them, we are open and honest with ourselves and the outside world.

There needs to be more research to confirm these benefits. However, it’s clear that psilocybin could be a promising tool for improving communication.

Experience the Health Benefits of Psilocybin

Enough talk about the benefits of psilocybin. Are you ready to experience them for yourself? From assistance with microdosing to ketamine-assisted therapy, we are here to help you.